The movement of Abstract Art began in the early 20th century. Through some intense and thoughtful abstract paintings, it introduced different types of abstraction. It caught the attention of art lovers who were used to the dominant painting style of those times. Abstract Artists inspired the formation and development of a style that was seen as ‘pure art’.

It shocked the audiences who were mostly conservative, but became more acceptable later on. Colors and shapes often find a generous usage in abstract paintings as central motifs. The birth of this form of art was a crucial moment in modernism. Later, Abstract Art was made popular by many pioneering artists.

They were of the belief that the emotions in an artwork was its most important aspect. Here, we’ll try to know more about the three abstract artists who were born in the 19th century:

Born in 1866, Wassily Kandinsky was the pioneer of the Abstract genre. This Russian painter had studied economics and law, but turned to painting after giving up academics. When he was 30, he began his painting studies, which included sketching, life-drawing, and depictions of anatomy.

He became famous during 1910 when he created the first abstract painting called Untitled (First Abstract Watercolor). He became the first modern artist in the genre of Abstract Art. Within the artworks that he created later on, he used pure abstraction with complete freedom. Today, many consider him the most renowned Abstract artist of all time.

After 1913, he began pursuing figurative art. Art lovers will always remember Kandinsky as a prominent figure in the development of Modern Art. His other remarkable paintings include Composition VII and Farbstudie Quadrate.

This Dutch artist was born in 1872. He began pursuing painting when he became an adult, initially experimenting with figurative art. After the end of the First World War, he embraced Abstract Art. The artworks of Mondrian were more recognizable owing to their unique grid style. He never depicted any of the religious figures.

Upon transitioning into an extremely abstracted style, he started using solid geometric shapes in his paintings. Among his famous works are Broadway Boogie Woogie, and Composition with Red, Yellow, and Blue. When the Abstract Art movement was at its peak, Mondrian was among the most famous artists in the genre.

He was an influential Russian artist of Abstract Art who played an important role in defining the movement. Born in 1878, Malevich became famous as an artist who popularized Suprematism. This field of art focused on basic forms of geometry such as lines, squares, rectangles, and circles. They were painted using a limited number of colors. 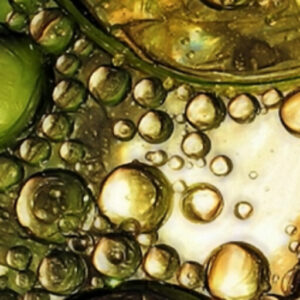